I was proud to be asked to research and write the Fraud Advisory Panel’s latest  annual review – The Fraud Review, ten years on – launched last week. (Click on the cover image, left, for a full pdf.)

Educating, training, publishing, campaigning, researching, organising; the Fraud Advisory Panel does so much important work to improve the UK’s neglected and beleaguered fraud defences. It is a privilege, as well as a real pleasure, to be so deeply involved in so much of its communications activities.

The Panel’s annual review traditionally takes a critical look at some important area of fraud fighting (click here to see past editions). This year it was the turn of the Fraud Review, published exactly 10 years ago this month and the brainchild of the attorney general of the time, Lord Peter Goldsmith.

The 2006 Fraud Review was a bold initiative by any measure. A 370-page final report made painful reading; expert contributors laid bare the widespread and long-standing inadequacies of the government’s response to fraud. Nonetheless its unflinching clarity was applauded and the detailed blueprint for sustained and sustainable improvement was widely welcomed. Now, a full ten years on, the Fraud Advisory Panel’s 2016 annual review asks how much of the Fraud Review’s enormous promise have successive governments (of various stripes) actually delivered?

The answer is not a comforting one. 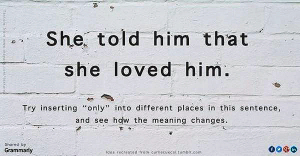 New research by Professor Stephan Meier at Columbia Business School shows that sub-prime mortgage defaulters are also more likely than the rest of us to have low numeracy and financial planning skills. Borrowers with low scores in a basic, five-point financial capability test are twice as likely to be in trouble with their mortgage repayments (24% vs. 12% of respondents with the best scores), and three times as likely to be facing repossession (21% vs. 7%).

2. If the chance of getting a disease is 10 per cent, how many people out of 1,000 would be expected to get the disease?

3. A second hand car dealer is selling a car for $6,000. This is two-thirds of what it cost new. How much did the car cost new?

4. If 5 people all have the winning numbers in the lottery and the prize is $2 million, how much will each of them get?

5. Let’s say you have $200 in a savings account. The account earns ten per cent interest per year. How much will you have in the account at the end of two years?”

This is not simply a matter of poor people with limited educations getting in over their heads. When Maier’s study corrected for factors like social class, education and type of loan agreement it made very little difference: poor budgeting skills still predicted higher rates of default. As he says on the Columbia web site: “Yes, there’s a much lower probability that a person with a college degree can’t divide 300 by two … But even people with college degrees can have difficulty dealing with numbers.”

BBC Radio 4 presenter Winifred Robinson illustrated this point charmingly on air when she nervously tried to answer Maier’s five questions on Wednesday’s (26 May) edition of You and Yours . All went well until number four – 20% of two million? “I need a piece of paper” she wailed (before coming up with the right answer). Bless.

The gap between the economic and financial understanding of even a well-educated person like Winifred Robinson and the demands of informed citizenship in the modern world – and perhaps especially, but by no means exclusively, participation in the personal financial market – is larger than public policy has so far found the courage to admit. That surely hands a crucial advantage to those who actively seek to defraud us or to profit from our confusion.

It’s all “some beans” to me

In his new book, Alex’s Adventures in Numberland, Alex Bellos sheds fascinating light on the gap between our natural mathematical skills and what’s demanded of us in the modern world; a matter very dear to my heart and which should be occupying governments and financial regulators too.

Field research in the Amazon rainforest, performed by French linguist and anthropologist Pierre Pica, has found that our ‘natural’, instinctive grasp of quantity (ie, size, volume, distance) can differ greatly from what modern formal arithmetic requires of us.

By studying the remote Munduruku, Pica has sought to isolate whatever instinctive grasp of number humans might have before we begin to learn and assimilate the huge edifice of modern arithmetic and mathematics.

And what did he find?; that when we think quantitatively we naturally think in ratios. When asked to place the numbers one to ten along a line, most of us space them at even intervals. Not the Munduruku. They think that the intervals start large and become progressively smaller as the numbers increase. In other words, and to use the language of modern maths, they naturally visualise quantities along a logarithmic scale rather than the linear one most of us are used to. This also happens to be what kids do before we get them trained (according to Robert Siegler and Julie Booth at Carnegie Mellon University).

How come? The Munduruku (and kids) seem to be making decisions about where the numbers should lie by estimating ratios between the amounts. This makes it perfectly logical (whatever that means) for the distance from one to five (which is a five-fold increase) to be much longer than the distance from five to ten (which is only a doubling). Pica thinks this way of understanding quantities, using ‘guesstimated’ ratios, is a universal human intuition evolved as part of our basic cognitive toolkit. After all, in the time before accountants what mattered was not precisely how big, fast, long, numerous or high something was, but approximately which was the biggest, fastest, highest, longest or most numerous. In a sense, then, our ancestors lived (and the Munduruku still do live) in a binary world of more/less, bigger/smaller, longer/shorter, higher/lower, and since those societies lasted eons, but modern numbers are no more than 10,000 years old, we all carry that logarithmic instinct with us to this day.

Not convinced? Bellos provides us with a neat example involving perspective …

… if we see a tree 100 metres away and another 100 metres behind it, the second 100 metres looks shorter. To a Munduruku, the idea that every 100 metres represents an equal distance is a distortion of how he perceives the environment.

… and another one which better illustrates the potential consequences for how we apprehend quantities and make decisions in a world dominated by big, big numbers …

I rest my case. What do you think?

Who can you trust?

You are trying to decide whether someone (a business associate, a date, a salesman, it doesn’t matter) can be trusted with an important part of your life. You are allowed to ask them just one question. What would it be?

In his book Born to be Good, neuropsychologist David Keltner gives this advice: ask them to tell you about their most embarrassing experience, then watch carefully as embarrassment “ripples” across their face.

But isn’t embarrassment about only the most superficial parts of our lives; things like being polite, having good manners, leaving  our nose alone in public?

No, says Keltner. The visible signs of embarrassment  are fleeting indications of how much that person respects the judgement of others*. An averted gaze, a head turn, a coy smile, these things reveal how much the person truly cares about the rules that bind us all together, both in our one-to-one relationships and in society at large. They are “potent non-verbal clues … to an individual’s commitment to the moral order”.

* If this sounds like a few lines from the US TV series Lie to Me that’s because Keltner did postgraduate work with Paul Ekman, whose pioneering studies of facial micro-expressions inspired the  programme (and much more, of course).